The Nnamdi Azikiwe University, UNIZIK management has issued a notice to 2018/2019 academic session admission seekers on departmental cut-off marks and placements for admission.

The following courses listed admitted every single candidate who made its cut-off criteria (shown as a combination of UTME-PostUTME-aggregate scores) (with the exception of those with wrong subject combinations). This was approved during the merit admission exercise.

Subsequently, every candidate who made above 50% in post-UTME from any department was admitted and re-distributed to other departments depending on available space and performance.

Further, every candidate who had up to 40% (post-UTME) and 200 (aggregate) in the Faculty of Management Science was admitted.

Then, every candidate who had up to 40% (post-UTME) and 160 (aggregate) in the Faculties of Environmental Science and Engineering was also admitted.

This is equally to advise prospective candidates to be wary of admission racketeers as the University is committed to a transparent admission process.

Click on each image to view the larger version: 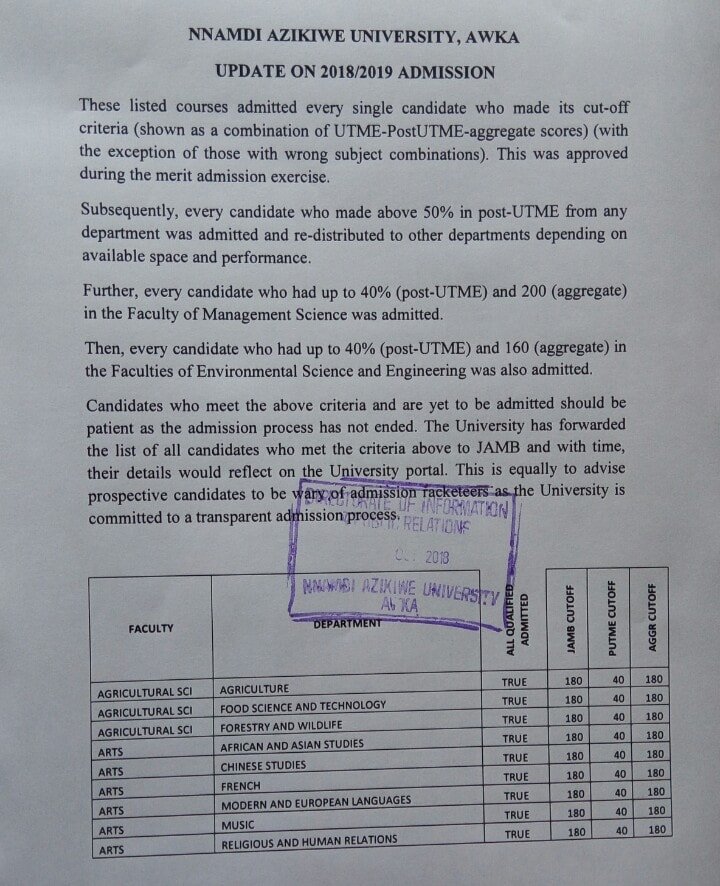 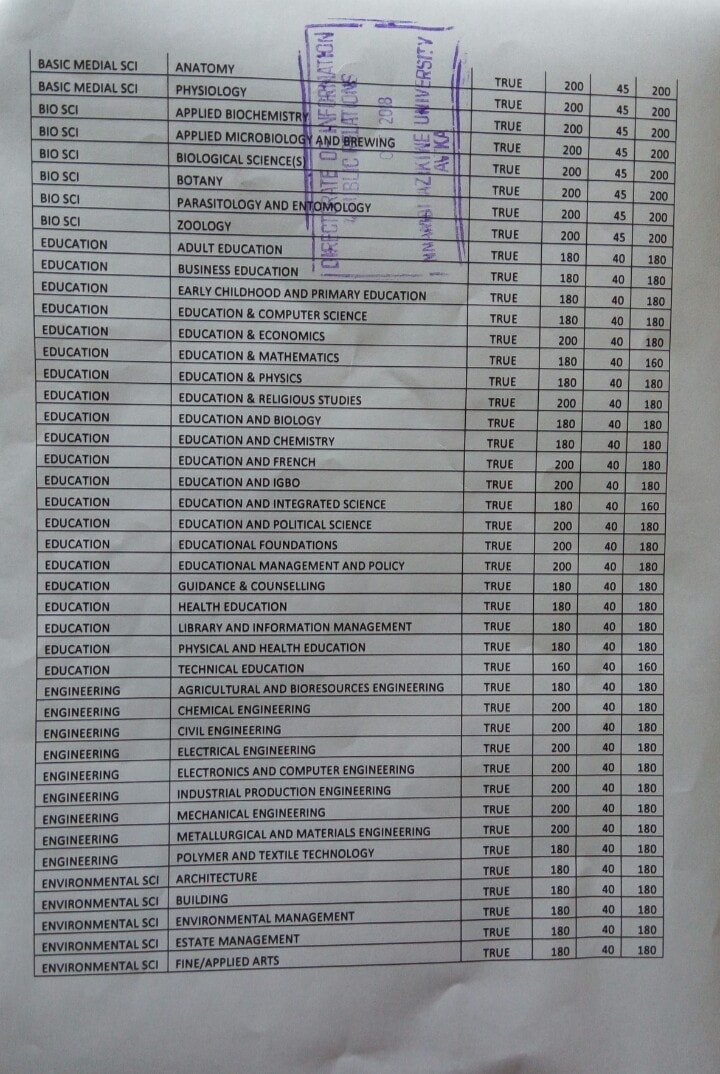 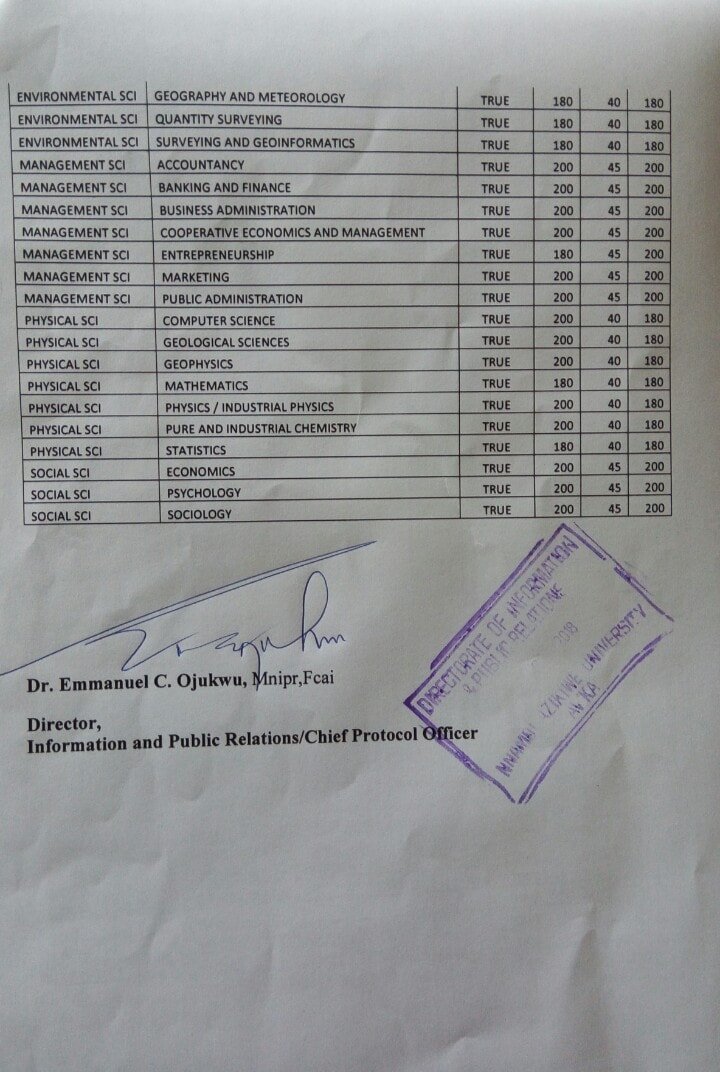 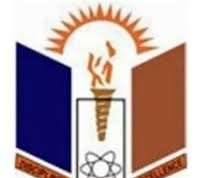