Are you an aspirant of the University of Ilorin (UNILORIN)? Do you want to know the 2020 20departmental cut-off marks of UNILORIN? We have got you covered with all aspect of UNILORIN cut-off marks for the 2022/2023 academic session.

The following is the officially approved minimum cut-off mark for admission into UNILORIN for 2022/2023 academic year:

The University of Ilorin (UNILORIN) has adopted the minimum Cut-off mark of 180 for it 2022/2023 admission exercise.

Candidates with higher scores are first considered in admission basics, candidates with lower scores though might meet the cut off mark of 180 may likely not be admitted. In fact, it is the higher your scores, the higher the chance of being admitted.

The University of Ilorin (UNILORIN) Departmental Cut-Off Marks are as follows:- 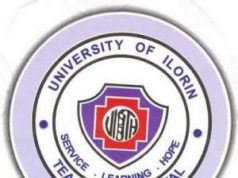