This is to inform all the candidates that participated in the Port Harcourt Polytechnic, formerly, [Captain Elechi Amadi Polytechnic] ND & HND screening exercise for the 2022/2023 academic session that they can now check their admission status.

Port Harcourt Polytechnic admission lists have been uploaded on the polytechnic’s website.

admission list is simply the names of successfully admitted applicants offered provisional admission into an institution. Admission lists are usually released by institutions after the conduct of admission screening exercises.

Congratulations to all the candidates that made it to the Captain Elechi Amadi Poly ICE ND and HND part-time admission list for the 2022/2023 academic session. 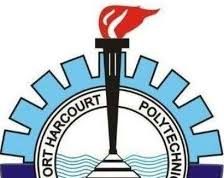