The Management of the University of Uyo (UNIUYO) has announced the procedure for the deferment of admission, change of course and suspension of studies from on academic session to another. Candidates who wish to defer their admission should see full procedures on this page

A registered and matriculated student of the University can suspend his studies under the following conditions:

(i)       No student is allowed to change the initial course of study to another to start afresh at the 100 level. This may disqualify a student from the award of the degree of the University.

(ii) A student who has completed more than two semesters (i.e 100 level) of studies shall not be eligible to change his/her course, except students in the College of Medicine and Pharmacy who might be required to withdraw from the course.

(iii)      A student is deemed not to have qualified to change his/her course if he/she fails to satisfy the entry requirements for the intended course, at the time of admission, into the University. 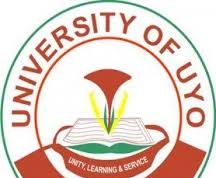