This is to inform the University Community and the general public that the Governing Council, in the exercise of its powers conferred by section 4 of the Universities (Miscellaneous Provisions) Amendment Act 2003 at its meeting held on Monday 23rd March 2020 considered the submission of the Selection Board and approved the appointment of Professor Kyari Mohammed as the Vice-Chancellor of the University.

Until his appointment, Prof Kyari Mohammed has successfully completed his tenure as the Vice-Chancellor of the Modibbo Adama University of Technology, Yola and holds several administrative positions in the University System.

On behalf of the University Community, I wish to sincerely congratulate Prof. Kyari Mohammed for his appointment. 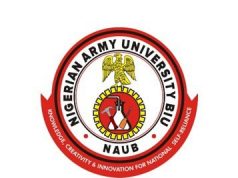