The Provost, Adeyemi College of Education Ondo, Dr. Samuel Akintunde, has announced the approval of six new courses for the institution, by the authorities of the affiliated university, Obafemi Awolowo University, Ile-Ife.

Dr. Akintunde made the disclosure while speaking at the August 2019 edition of the college monthly prayer meeting, which held on Thursday, August 1, 2019, at the Olusegun Obasanjo Auditorium.

Describing the development as good news, the College Administrator said the approval of the new courses would create new jobs and provide admission opportunities to new students.

He lauded the staff of the College for their understanding and cooperation, adding that his administration would not relent in promoting their welfare.

He further stated that as a worker-friendly administration, every member of the College staff would always be carried along in the implementation of plans and programmes, which aims at taking the College to higher level.

Akintunde prayed for the workers and expressed optimism of better days in the remaining part of the year.

Earlier in his sermon, a religious leader, who is also a lecturer in the College, Pastor Johnson Falade, described the month of August as symbolic and, therefore, urged staff of the institution, to have strong faith in God through constant communion, “in order to experience divine encounter in the new month”.

Alluding to some passages in the Holy Bible, in places which include John 2 v2, 11 and John 5v 19 to mention but a few, and using the story of the Marriage at Cana to buttress his points, Falade emphasized the need for people to always invite the Lord Jesus Christ in whatever they do, stating that the decision would enable them experience uncommon miracles.

He stressed the need for workers in the institution to follow the Lord Jesus Christ and commit their ways to Him in the remaining part of the year, saying ” as you are following Jesus, He will surprise you in the next six months, If you follow Jesus you will never lack anything”.

The event which held at the Olusegun Obasanjo auditorium, featured song renditions and Bible exhortation, was attended by members of the College Management including the Registrar, Mrs. Olufisayo Fakorede; Dean’s and Directors; Heads of Departments and Units.

Also in attendance were staff members from various offices as well as other members of the College community.

The climax of the event was the recognition and offering of prayer for people born in the month of August who were present on the occasion by Pastor Johnson Falade. 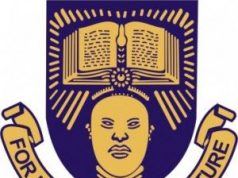 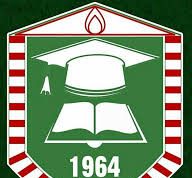