The Hassan Usman Katsina Polytechnic (HUKPOLY) Admission List 2022/2023. The HUKPOLY Admission Lists have been released for the 2022 academic year.

The management of the Hassan Usman Katsina Polytechnic (HUKPOLY), Katsina State, has released the names of candidates offered provisional admission into its National Diploma, Higher National Diploma, and Diploma, PRE-NCE, and certificate programmes for the 2022/2023 academic session.

The HUKPOLY admission list has been successfully uploaded online.

admission list is simply the names of successfully admitted applicants offered provisional admission into an institution. Admission lists are usually released by institutions after the conduct of admission screening exercise.

How to Check HUKPOLY Admission Lists.

Successfully admitted candidates are advised to: 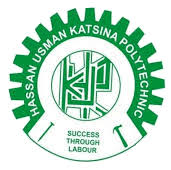