ASUU Strike: FG Asks Union to Call Off Strike Before Negotiation Will Resume.

The federal government has called on the Academic Staff Union of Universities (ASUU) to suspend its ongoing strike before talks over the union’s grievances which led to the strike will resume. This call was made by the Minister of Labour and Employment, Senator Chris Ngige.

According to him, the federal government has demonstrated enough goodwill by paying salaries of the striking lecturers and urged them to discontinue their strike to allow for peaceful negotiations of their dispute.

The Minister mentioned that he has made efforts to reach out to ASUU for negotiation but due to the lockdown, such has not been possible.

The minister explained that there are two reasons why ASUU should call off the strike. The first reason is that the government has shown goodwill and has offered an olive branch by releasing the salaries of the university lecturers without any conditions.

The second is that it is immoral and despicable for those who should be conducting research as Nigerians for the discovery of new drugs and medical equipment that will be used during the COVID-19 period to say that they are at home playing Ludo and Draft and other games.

“Even if schools are not open, ASUU members, especially researchers, are supposed to be going into their laboratories, going to botanic gardens to get some shrubs and other plants to be used in producing drugs during this COVID-19 outbreak.

“Those who are pharmacologists, who are in the electronics department and software engineers, this is the time for research to manufacture ventilators or make some inventions. It is unpatriotic for them to even continue saying that they are on strike at this time. They should not be saying it,” he said.

The minister also asked those complaining about some shortcomings in the Integrated Personnel and Payroll Information Systems (IPPIS) in the tertiary institutions that the issues would soon be satisfactorily addressed.

He said: “When IPPIS was introduced in the federal civil service, these hiccups were there. It took some time before they were rectified. We were being thorough. When I was in the National Assembly, we were complaining but the good thing is that the IPPIS desk in the Accountant General’s Office is listening and they are addressing the issues. It will be rectified and once this is done, they will pay the arrears or deductions,” he stated. 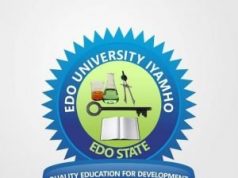 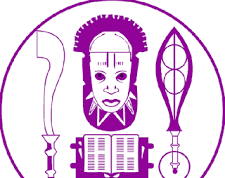